This is Your Life Calling

“We have only this moment, sparkling like a star in our hand…and melting like a snowflake. Let us use it before it’s too late.”

A carpenter decided to change careers. He had two children and his wife was expecting twins. They needed a larger house, and he needed a job that made more money. He went to his boss to explain. The boss was reluctant to see him go, as he was a very fine carpenter. But the carpenter was determined. Finally the boss asked if he would build just one more house. The carpenter agreed. And he did build the house. But preoccupied and distracted with his family and his future, he just went through the motions. He worked on auto pilot and the house wasn’t up to his usual standards.

Finally the day came when the house was done. The boss came to inspect. As the two stood at the doorway, the boss handed the carpenter the key. “This is my gift to you for all the fine work you’ve done over the years.” The carpenter was in shock. If only he had known this was to be his own house he would have paid better attention to what he was doing.

In many ways, we live our lives like this carpenter on his last house. We go through the motions of our day without paying attention to what we’re doing and end up living a less than stellar existence.

Scientists tell us that 90 percent of our daily lives are spent in routine. Such habit is a good thing. We don’t have to think about how to brush our teeth or tie our shoes or make toast or drive a car. We learn it by practicing enough that the pathways in our brains can repeat the sequence without our “thinking” about it. That frees up our brains to do something more interesting and useful. At least in theory.

Habit is also a bad thing. Depending on what our habits are, they can become prisons of misery. Habits of negative thinking. Of self destructive behavior. Of patterns of inertia that are very hard to overcome. We’ve practiced those things over and over so they’ve become automatic too. And so now we are living in the shoddy house of our own making.

I find myself in the kitchen in front of the open refrigerator door with a piece of cheese in my hand. How did I get here? Suddenly my fingernails are chewed to nubs. Did someone sneak in the house and bite them? The tendency to keep doing what we already have done is very strong because the neurons in our brains that fire together wire together. Meaning that they tend to run the same sequence the next time, whether we want to or not. I love this quote of Edith Wharton that describes this trap so perfectly: “Habit is necessary; it is the habit of having habits, of turning a trail into a rut that must be incessantly fought against if one is to remain alive.”

The brain’s tendency to habituate means we go through much of life like sleepwalkers. That’s why when we want to change, our most important ally is being awake to our experience. We’ve got to become aware of what we’re doing or not doing.

The first step is to truly see your life as the precious, limited time opportunity it actually is. You can make it a beautiful mansion. Here’s how Philip Adams puts it, “Most people can do extraordinary things if they have the confidence or take the risks. Yet most people don’t. They sit in front of the telly and treat life as if it goes on forever.”

Your wakeup call can come in many forms—getting fired; the message from your doctor that you are now obese; a milestone birthday; having to declare bankruptcy. However and wherever it arrives, consider your wake up call a blessing. Your life, my life, is finite. Do you want to die in the state you’re in? With dreams unrealized? Negative habits firmly holding you back?

You can achieve what you set out to. As Christopher Reeve, one of my heroes of greatness, reminds us: “So many of our dreams at first seem impossible, then they seem improbable, and then, when we summon the will, they soon become inevitable.” In one of the last interviews he gave, he exhorted all of us to “Go Forward.” May the example of his life and words inspire you to build a house worthy of your greatness. 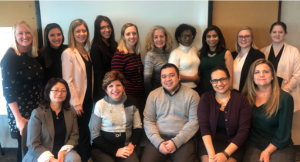 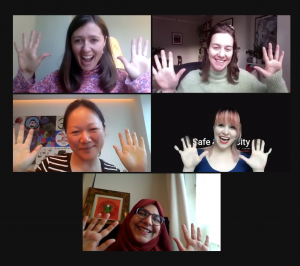 Welcome IN to the UK Cohort! We couldn’t be more excited to announce the FIRST UK women-led + owned Ventures, selected by our radically generous 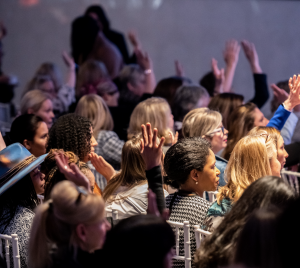 What We Mean by Co-Creation

Written by MJ Ryan, SheEO Development Guide “We are not helpless victims in the grasp of some supernatural force.  We were active participants in the 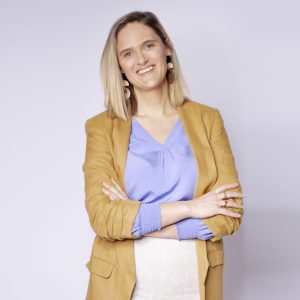 “So many of the funds that are called ‘responsible’ or ‘green’ are not truly ethical. So I was really motivated to start exploring what it