“The real source of the suffering in our relationship with money, is the lies the culture tells about money, that we support, that we’ve agreed to, and we’ve bought into.”

Lynne Twist, SheEO Activator + Author of The Soul of Money

This special episode of the SheEO.World podcast was recorded live at the SheEO Summit, March 8-9 2021. Listen in as Lynne Twist, SheEO Activator and Author of The Soul of Money, discusses how we can transform our relationship with money + life.

She also talks about:

We invite you to join us as an Activator at SheEO.World.

Lynne Twist 0:00
The real source I think of the suffering in our relationship with money, is the lies the culture tells about money that we support, that we’ve agreed to and we’ve bought into.

Hannah Cree 0:15
This talk was recorded at the SheEO Summit March 2021, titled The Soul of Money: Transforming your Relationship with Money and Life, with Lynne Twist, author of The Soul of Money, and SheEO Activator. Learn more about Lynne Twist at thesoulofmoney.org.

Lynne Twist 0:32
My name is Lynne Twist, I wrote a book called The Soul of Money: Transforming your Relationship with Money and Life. I also have an institute by the same name. And I’m also the co founder of Pachamama Alliance. I want to thank you for joining this session. This is really not about data and numbers and financial acumen. It’s really about you and your relationship with money. And I would say that, for most of us, and I can’t accuse you of this exactly. But I would imagine if you came to this session, it may be somewhat true for you. Money is an area of anxiety, an area of upset an area sometimes where we’re scrambling sometimes where we don’t think we’re worthy, sometimes an area—and not just you, but probably everybody on Earth, who thinks there’s something that they’re doing, that’s not quite right. Even people that I’ve worked with that are billionaires, women and men, feel that their relationship with money often is tainted by something they shouldn’t have done that they did do, or something that they should have done that they didn’t do, like invest in Google or Apple or long time ago, stuff like that. And we also have a lot of stress, and anxiety and upset often with our families, our family of origin, our parents, or aunts and uncles or our grandfather, or that, that childhood that was rough, or someone yelled at us about money.

So most people, I would say pretty much everybody I’ve ever met, has baggage in their relationship with money that feels wounded, their feels hurt their feels kind of screwed over they’re particularly women, particularly women, a lot of women are, are at the effect of men in their relationship with women, not just capital, not just financial wizardry that’s taking place by men primarily in Wall Street and other places, but by the energy around men, and women and money. So if you are upset, anxious, stressed, bothered, worried, and sometimes suffering in your relationship with money, you’re absolutely normal. You’re absolutely normal. If you’re not, you’re a little bit of a mutant. That’s what I say. And we should be taking your workshop. But I looked under the rocks, why are we so always upset about money, and even people with piles of money. In fact, sometimes with massive amounts of money, a lot of these billionaire families, the amount of money just sort of exacerbates or exaggerates the already existing dysfunctions, it doesn’t make it go away. Now, of course, we all would like more money than we have now. We all want to grow our businesses, we all want to be successful. I’m not arguing with that. But I am pointing out that it doesn’t necessarily resolve everything to just get more, because there’s kind of a wound. Most people have some sort of a core wound, or they think they do in their relationship with money. So let me just say, that I looked deeply at this because I’ve been fundraising all my life, not raising capital, the way many of you are for your business, but fundraising for the many, many, many causes that I’ve been involved in, in my whole life. And when you fundraise when you’re asking people to give money from their heart, about something their—they care about, that they’re engaged in, or that you would like them to be engaged in, you sometimes get in very intimate conversations, very heartfelt conversations where people share their, some of the harsh realities around their own life, particularly around money.

And I’ve discovered that, that the source of this suffering that we all personalize so much is in the money culture. It’s in the money culture, rather than in us and then we personalize it, that the money culture is designed to be so dysfunctional, so upsetting that it’s in the culture itself, the anxiety, the worry, the upset, is in the culture, and then we personalize it with our own story. And I say that to sort of relieve some of the pressure that we have in our relationship with money. Some of the personal, private “Oh, it’s my fault. I shoplifted in seventh grade, or I, I was so nasty during divorce, I turned into some sort of a monster.” Those kinds of things that we make ourselves so wrong for just make the whole thing worse. That doesn’t mean you shouldn’t behave well in your divorce. That doesn’t mean you shouldn’t shoplift in seventh grade. But I’m saying that this cultural set this consumer culture is commercial culture really does make us a little pathological in our relationship with money, because we’ve made money, the be all end all. You know, Buddha said, this wonderful thing, the source of all suffering is a lie, the source of all suffering is a lie. And I’m going to say briefly, the real source, I think of the suffering our relationship with money, is the lies the culture tells us about money that we support that we’ve agreed to, that we bought into. And there’s a lot of them. The first is that we’ve made money more important than human life. I mean, the culture has not you, not me, but the culture has, and we go along with it, people will cut down an entire rain forest, this is something I work on, for money. And that’s cutting down the future. We will pollute a river for money. We will not talk to a mother or father or sister or brother over an inheritance over money. That says the relationship is not as important as the money. When we cut down a rain forest from money that says the money is more important than human life. Money is more important than the natural world, we’ve made money more important than God or spirit in the culture, not you and I but in the culture in which we live.

The second toxic myth in the great lie scarcity is more is better, more, more, more, more, more. Now, as business women, I know you want more for your company, I know you want more capital, I’m not talking about that. I’m talking about the unconscious, unexamined mindset that has you and I buying another pair of jeans, because we think it looks—makes us look thinner when we already have six in our drawer. Or another pair of black pants, or acquiring more and more and more and more stuff that we don’t really need. Out of a mindset that more is better, more of anything is better. indiscriminate, indiscriminate mindset. It’s like the story of more is the story we live, and more is better is so pervasive, that we now have a huge environmental crisis, a huge waste crisis. You know, storage is one of the fastest growing industries in the whole world. And that doesn’t make sense. Why don’t we—why do we have to store something when we have houses in which we can put our things, and we have so much that we have to have a second place to store our stuff. When we have homeless people all over the world. We’re not building houses for them, we’re building houses for our stuff that we can’t fit in the houses we already have.

So I invite you to allow your male wing to relax a little bit, and fully express that female wing and who you are, and allow the world to see that the female wing is as important as the male wing. And without it, none of us can soar. And so that’s my, the prophecy that I love so much. And that really inspired me to see this as the Sophia Century. May we make it true, particularly 2021 to 2030. This is the critical decade. This is the decade when we will make our mark and make this century, the Sophia Century. Thank you for your attention. Thank you for your work. Thank you for your boldness, thank you for being entrepreneurs, thank you for being women or people who know that the feminine is critical to the future of life. And thank you for listening to me for the last 20 minutes. It’s been a pleasure, a joy to be with you and thank you so much. And let’s have both of those wings fly so we can soar and have humanity totally transform business. Women, men, children, all of us soar. Thank you everybody.

Hannah Cree 19:38
This talk was recorded at the SheEO Summit March 2021 titled The Soul of Money: Transforming your Relationship with Money and Life, with Lynne Twist, author of The Soul of Money, and SheEO Activator. Learn more about Lynne Twist at thesoulofmoney.org. 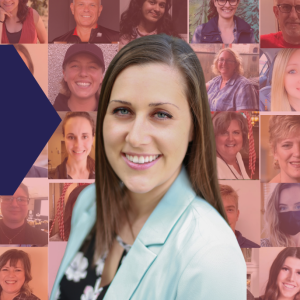